Our staff is comprised of dedicated and licensed professionals with the experience to answer all your questions regarding our services. Please feel free to contact any of our staff members at any time.

Mr. Bruce was born and raised in Proctor, VT. He graduated from Proctor High School in June of 1964. Following graduation he served an internship with Fred Herbst & Sons Funeral Home in Brooklyn, NY from 1964 until 1965. He graduated Simmons School of Mortuary Science in 1966. He went on to serve his internship with the Gordon Brown Funeral Home in Bristol, VT until February of 1967, at which time he eneterd the US National Guard in Virgennes, VT during Vietnam.

He married Karen E. Gardner on November 26, 1966 and the couple moved to Sackets Harbor in September 1967 and worked for the Cleveland Funeral Home until May of 1970. He moved to Glen Falls and worked for James F. Singleton until moving to Black River in 1972 and purchasing the C.P. Clark Funeral Home.

She is a Past Exalted Ruler and District Deputy of the Watertown Elks Lodge #496 and a referee for the Jeff-Lewis Boys & Girls Basketball Association. 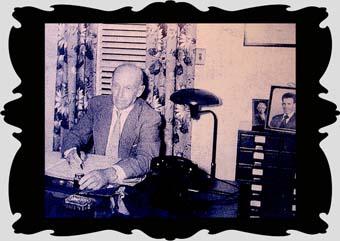 Johnson Funeral Home was founded in 1928 by Perl Johnson. Perl, a Dexter native was licensed as an undertaker and embalmer in 1922 from Simmons School of Embalming and Mortuary Science of Syracuse after being in Vaudeville following World War I. He worked in the Watertown area until 1928 when the citizens of Dexter requested a funeral home.

Perl also started an ambulance service for Dexter, along with conducting and running the Dexter Citizens Band and several other bands in the area. 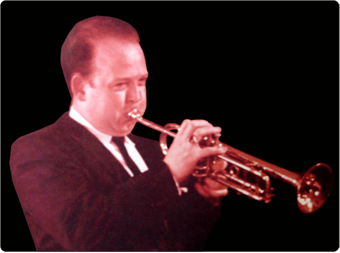 Robert C. Johnson, Perl's son, was licensed in 1954 as a Funeral Director from Simmons School of Embalming and Mortuary Science of Syracuse. He had worked with his father and served his apprenticeship prior to Embalming School. Robert took over the funeral home in 1955 due to Perl's failing health. Robert was also a well known musician in local bands

Richard W. Stevenson, Robert's son-in-law, a Philadelphia NY native graduated from Indian River Central High in 1972. He attended Jefferson Community College in 1973 and graduated from Simmons School of Embalming and Mortuary Science of Syracuse in 1974. He was licensed in 1975 as a Funeral Director. Richard served his apprenticeship in Watertown at Cummings Funeral service where he also managed the Watertown home until 1979.

Cathy is a native of Brownville, NY. She graduated from General Brown High School in 1985 and went on to attend Canton ATC where she received an Associates Degree in Mortuary Science.

A year of daily grief support

Our support in your time of need does not end after the funeral services.  Enter your email below to receive a grief support message from us each day for a year.  You can unsubscribe at any time.